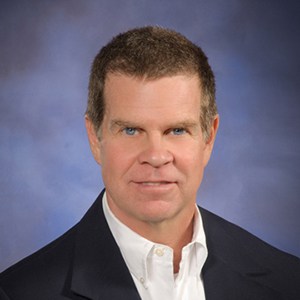 Winner of the Roy William Memorial Award for 2014

Jim has dedicated the last 30 years of his career teaching the importance of – and improving the practice of – professional irrigation. His guidance in critical water conservation principles represents in part the future of irrigation.

Jim was introduced to irrigation in Dallas, TX, working for a small landscape and irrigation company where he learned to design and install irrigation systems. Armed with a BS in Horticulture from Louisiana State University and his Texas Irrigator’s License, he started a local irrigation contracting company in Texas. He later earned his Masters in Landscape Architecture from LSU.

ASIC is a society of irrigation professionals and green industry representatives dedicated to the responsible use and preservation of water resources.